THE ROAD TO POINT SUBLIME 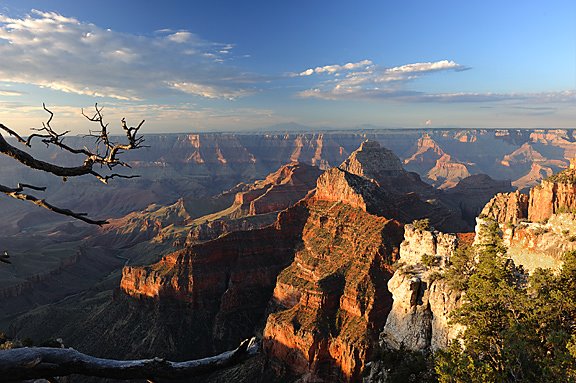 August/09
So, how rough is the road to Point Sublime? If you are up to traveling a long, rough and remote back-country road, you’ll be rewarded at the far end of this drive with one of the most breathtaking views in the West. When we picked up our rental, an off road, four-wheel drive, high clearance jeep, I was hoping this vehicle was up to the backcountry expedition we were about to undertake. The road is mainly just a dirt path that travels through the Kaibab Forest, desert areas, canyon cliffs and sublime meadows. In some places it is a double track deep in the earth. In other places it is just a small trail cutting thru the forest. Some of the hills are riddled with deep ruts that must be carefully negotiated. These roads are very narrow in places and most of the time scrub brush and pinion pines were scraping the sides of our jeep. The final section of road passes through a portion of the forest that is layered with tiny lavender flowers.

There is no way to adequately describe how beautiful the canyon looks from this vantage point, where you can see in three directions. Canyon Swallows, Vultures, Ravens, and Golden Eagles are commonly seen soaring or maneuvering over the canyon. Occasionally an endangered California Condor is seen.

We all gathered at the furthest most point to watch the canyon glow warm and red as the sun set below the horizon. We sat feet from the edge staring thousands of feet down to the canyon’s depths, watching as shadows slowly overtook more and more of it. Standing here overlooking the sheer beauty of what has to be one of the most fantastic views on earth, is where I struggle: there are no words to describe the view that greets you at the rim. Everywhere you look are the most majestic views - each one more amazing than the last. It truly makes me feel that my life is just a pinpoint on a very long timeline. The Grand Canyon is truly something that has to be experienced.
Posted by James Evangelista at 9:35 AM No comments: 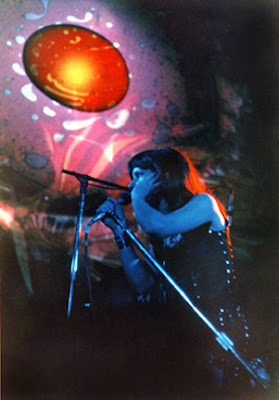 Posted by James Evangelista at 9:12 AM No comments: Links to this post


Since Christ rose from the dead, the power of love has been stronger than that of hatred. This is the certainty of the Church and is the reason for its joy which, during the night of the Easter vigil, is manifested in the singing off the Exultet. This is the third symbol of the "vigil of all vigils," together with the fire and water, and all of them are "manifested" in the resurrection. This photograph, taken at sunrise on New Years Day, symbolizes the lighting of the new fire and the living water.


Posted by James Evangelista at 8:58 AM No comments: