Too old to rock 'n roll, too young too die

On a Friday night in April of '68 I can still remember the anxious excitement  I felt as a teenager sitting about 15 feet from the stack of speakers while awaiting the the first rock concert I had come to see with a bunch of friends. That night Cream performed with such magnificent raw energy that I thought I was having a spiritual moment. Hooked, I came back to see Jefferson Airplane, The Who, John Mayall, Jimi Hendrix, Santana, Steppenwolf and The Doors - all bands I saw while in high school. To support my habit I took a camera along.

Rock Photography was easier then, I would by the cheapest tickets available( I saw Hendrix and Led Zepplin for five dollars) and show up with my Nikon ( a camera my father had given me) and a guard would escort me to the stage and allow me time to shoot. Today they confiscate your camera. 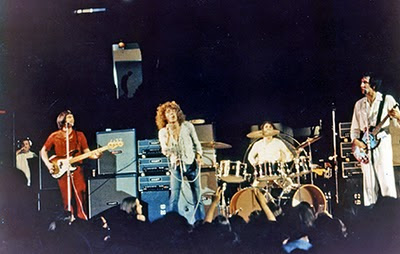 The original band members of "The Who"

I would soup the E6 I shot in the basement in the wee hours of the morning, go to bed while it dried and then mount the transparencies in slide holders before I left for school. After school I would hop on a bus to go to the "Evening Bulletin" and sell my shots.

Steppenwolf at the Electric Factory. 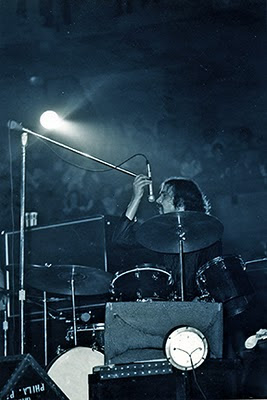 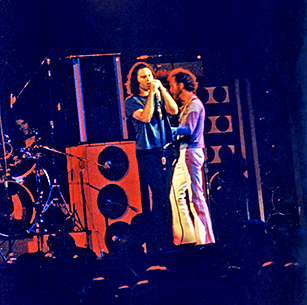 The Doors at the Roxy in LA

During the late 60’s bands sang of peace and love while acid was passed out and Jim Morrison and The Doors were very much associated with that scene. His Oedipal nightmare of ‘The End’, the doom of ‘Hyacinth House’, the ecstasy of ‘Light My Fire’ invoked his potent passions. The one thing he shared with Jimi Hendrix and so many others was that in the end, his body was too worn down, his heart too weak, he had already seen and done and drunk too much. 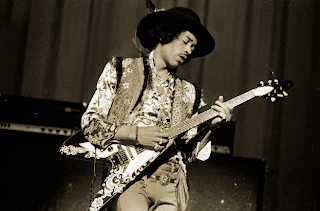 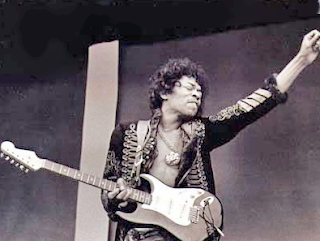 Jimi was never part of any movement. Not the peace and love Airplane – Dead – Quicksilver acid rock movement of San Francisco, or the English Invasion nor the folk-rock peerage of the Byrds and Buffalo Springfield. His journey was driven by a unique vision to push the envelope of poetry, spirituality and psycho-sexual exploration in music as far as possible. Seeing Jimi in concert was like putting my mind in a wind tunnel and turning on a blender to make a mind-wind shake. I’d never heard sounds like he made on his guitar. Hendrix sang that he was a voodoo child, and indeed, he created mesmerizing magic when he delved into song.
Back in Philly after a stint in the military and four years of college after that, I get a call asking me to shoot Live Aid at JFK Stadium. The films are better, the asa's higher and I have press credentials! 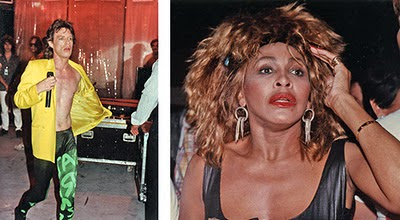 During their duet on "It's Only Rock 'n' Roll", Mick Jagger ripped away part of Tina Turner's dress, leaving her to finish the song in what was, effectively, a leotard.

When Bob Dylan broke a guitar string, Ronnie Wood took off his own guitar and gave it to Dylan. Wood was left standing on stage guitarless. After shrugging to the audience, he played air guitar, even mimicking The Who's Pete Townshend by swinging his arm in wide circles, until a stagehand brought him a replacement.

Concert after concert, at a non stop pace, rang out as a catalytic galvanizing force for American youth. Transistor radios carried across the vast nation’s airwaves the surreptitiously subversive music of The Byrds, Bob Dylan, and, guess what, the vastly talented and overlooked black performers from Motown and Philadelphia started to capture the public imagination, integrating even the airwaves. 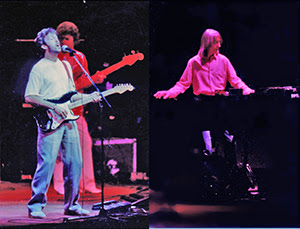 Eric Clapton at The Wachovia 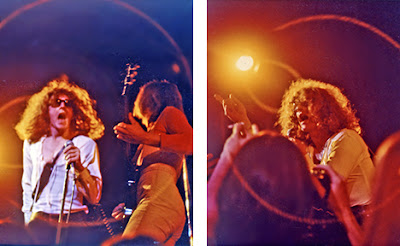 Mott the Hoople's last concert at The Spectrum
I remember the smell of pot, heavy in the air combined with the sweat of 15,000 rock fans, the sounds, deafening all night long. I remember fights breaking out after a concert where John Lennon sang "give peace a chance"and I remember Frank Rizzo, vowing to turn the Electric Factory into a parking lot. I'm sure that todays concerts are just as meaningful to the younger generation but it's kind of sad though, the music today, and I feel sorry for the fans. Sorry that they never got to see Blind Faith!