Much of the area known as the Canyonlands is a landscape of oblivion, an arid sink bowing into the Colorado Plateau. In some places, dusty sagebrush steppes extend as far as the eye can see, in others, scabs of desert lie naked under the sun, completely devoid of any vegetation. Canyonlands lies here in a basin more than 500 square miles across, and it was here that I wanted to explore. After flying in to Salt Lake City, I had rented a high clearance, 4 wheel drive for the journey and drove to Moab where I picked up enough food and water for the week and continued on to my destination. 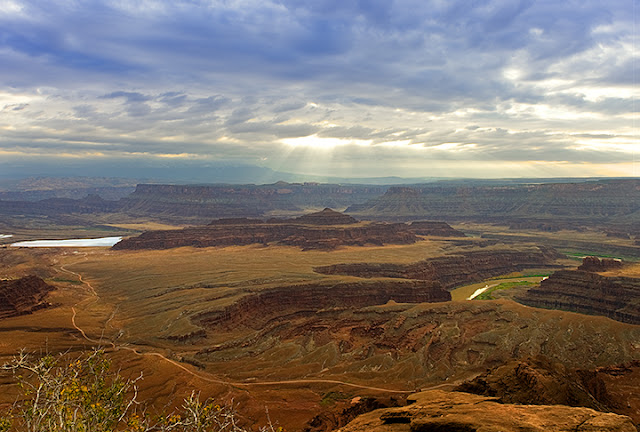 I set up camp in Horse Thief Canyon in the early evening, the smell of juniper and pinon pine evident in the air. After a gourmet dinner of freeze dried Sicilian Lasagna, I got my gear ready for the morning and my first stop; Upheaval Dome.
I was up at first light, had breakfast and coffee, strapped on my pack, and started out. After about six miles I could see the Upheaval dome area. There are no trails here, just courses of geology and aprons of boulders pulled down by gravity and erosion. This is where the Anasazi lived. False Kiva is near here. This is a place to disappear. The ridge sloped upward, at first gradually, then sharply, and there was a sharp slope of loose talus. Being careful, I got on my hands and knees and the larger rocks and boulders seemed scarcely more stable than the talus, but after about an hours climb, I was able to work my way to the top without mishap. I climbed over a final row of boulders onto a ledge, looked around, and only then realized that I had, quite by accident, ascended to the summit of False Kiva.  After spending some time in grateful contemplation I ate lunch and then set up my camera and tripod. 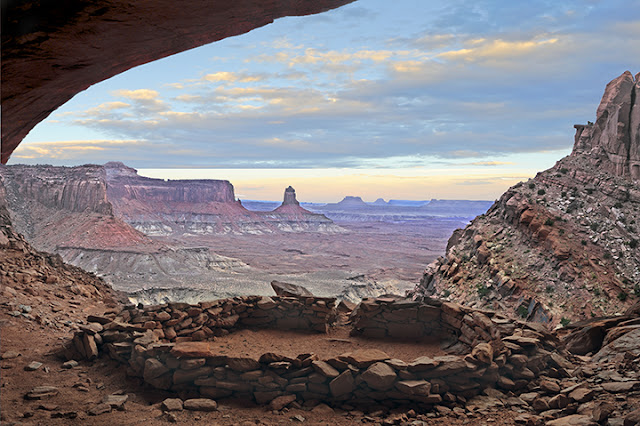 I reversed my route to get off the mountain and headed toward level ground. My next stop was Green River Overlook and I had hoped to make it before nightfall. Along the way I picked up a mountain lions’ tracks a short distance back and followed them to a shelf of rimrock dropping off to an inner canyon below. Continuing south, I realized I wasn’t going to make the overlook before dark so I stopped instead a little north of Willow Flats to pitch my tent and spend the night. I woke just before dawn. An inkling of light touched the sky outside my tent. The wind was fierce, bolting through a copse of juniper trees and pinon pines. I made a hot breakfast and washed it down with some strong cowboy coffee, broke camp and headed out to the Green River Overlook. 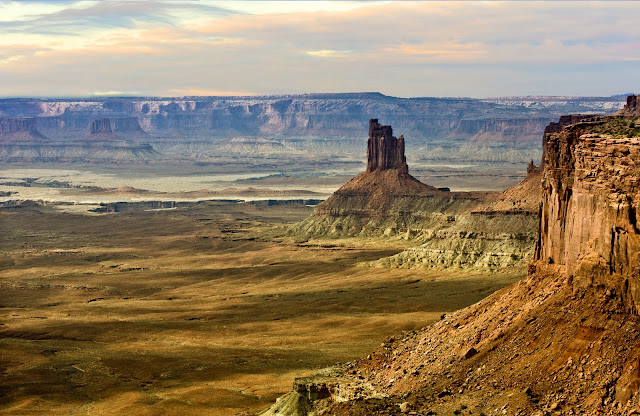 With half my food and water gone, it was time to hike back to my jeep. I hiked about six miles (approx halfway) and spent the night north of Aztec Butte on the canyon road trail.  I've been backpacking for four days now and except for a handful of people that were at Mesa Arch for the sunrise, the hike has been in solitude. For me, this is one of the reasons to come here, what better way to cleanse the mind, body and soul then to be crossing a chasm at once miles from nowhere and at the same time in the middle of the universe.

Back in the jeep, I have two more destinations I need to see before I head back to reality. The first one is Dead Horse Point and it lies just on he eastern perimeter of the Island in the Sky district. Plenty of the river and its corridor of greenery is visible, 1,900 feet below, including one big gooseneck meander close to the viewpoint. 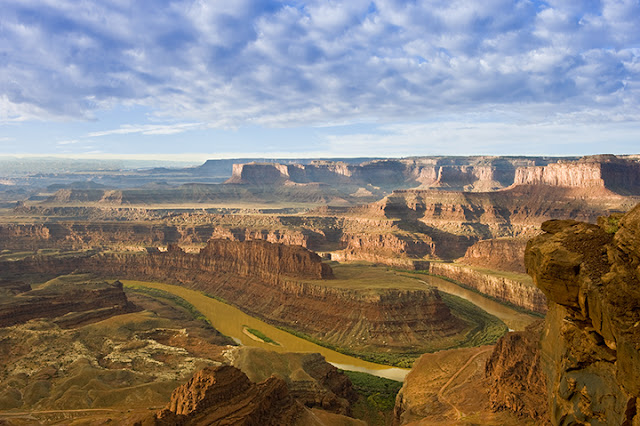 There's been a lot going on in the world (and my world) for many months now and things seem to be moving so fast that I've had a hard time being able to focus on what’s important. The journey aids in peeling away much of the layers of negativity that I’ve allowed to accumulate. The connection to Spirit flows stronger after a journey such as this, and back home now I feel aligned & connected. I've got a few new gigs to shoot, some local and others out of state. I’ll be visiting with family and old friends and doing my best to stay in touch with my Self. I hope to do for many years. 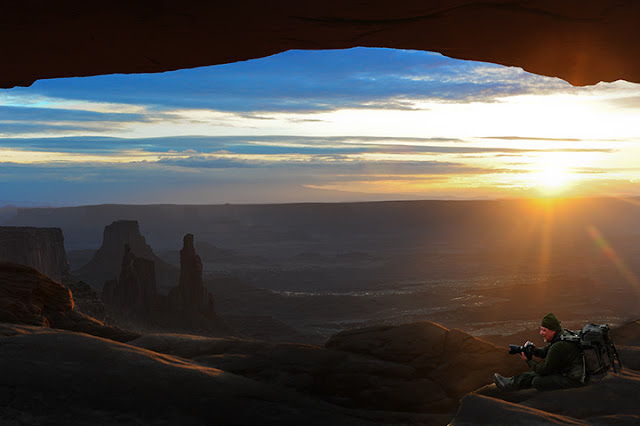 Dedicated to Michael Branco, a true renaissance man who was an avid outdoorsman, fisherman, gourmet chef, worldwide adventurer, and my close friend.