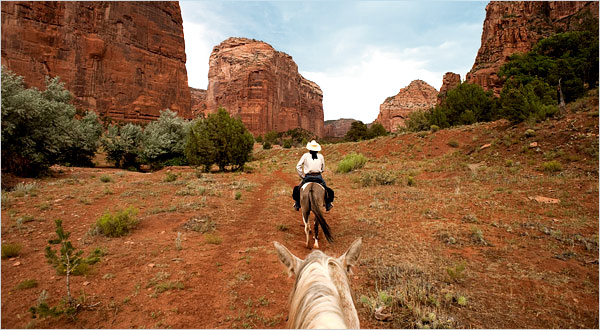 It was a two hour ride on horseback to the floor of Canyon de Chelly and what shows up in the desert light are the remains of homes, nine centuries old, of stunning red rock canyons with an abundance of sacred beauty and seldom seen archeological sites that drew the cameras of Edward Curtis and Ansel Adams. But it’s much more than that. It's a hike in the footprints of the ancients!


What makes Canyon de Chelly unique is that it sustains a living community of Navajo people. These Navajo are connected to the landscape and it has for them, great historical and spiritual significance. Early every spring, after the winter thaw, a dozen Navajo families still return to their old homesteads at the bottom of the canyons. It is believed that the canyon has sustained human civilization for over four thousand years. Early Anasazi, ancestors of the Hopis, built their first cliff dwellings high in the sandstone alcoves. The Navajo people followed them and have used it as a sacred refuge for centuries. 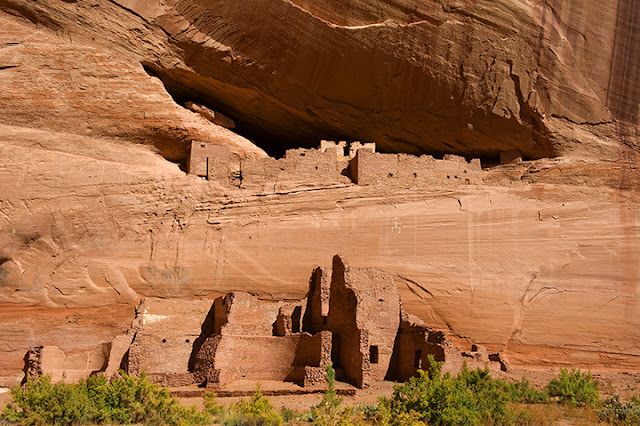 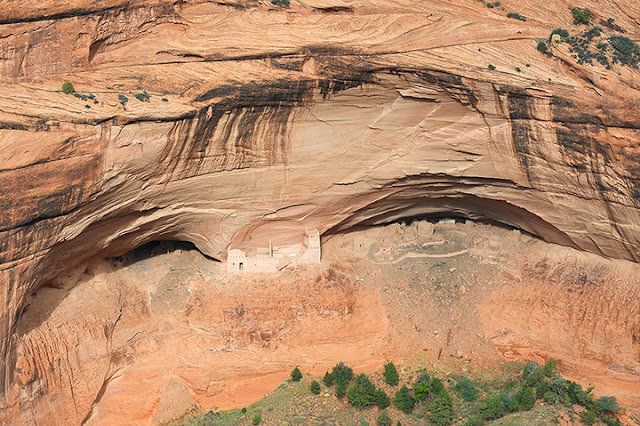 Mummy Cave Ruin is one of the largest pueblo villages in the canyon and was occupied until about 1300.


To visit this sacred place you have to hire a guide of tribal ancestry. Our guide, Newton Martinez, pointed out "The land we live on has been passed down from generation to generation. We believe the Holy People (Time of the Beginning) instructed the Dine' where to live. All this canyon land is covered with our foot prints" said Newton. "It's where we had our genesis; It is where we learned the Dine' way of life, and the lessons that guide us." Newton is also an artist and I was delighted to acquire this piece from him. 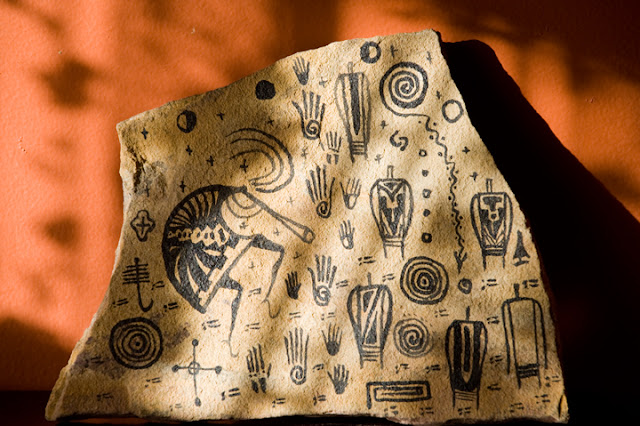 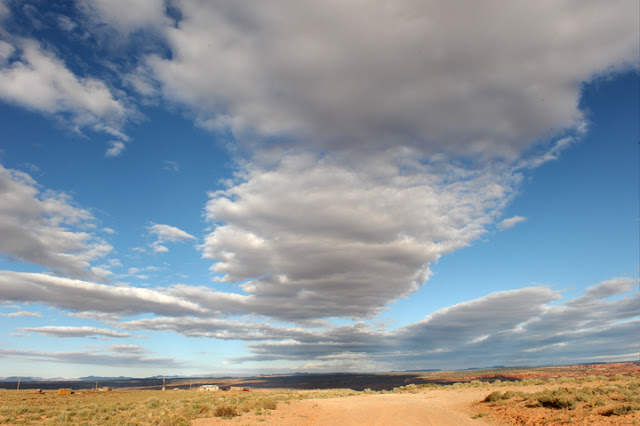 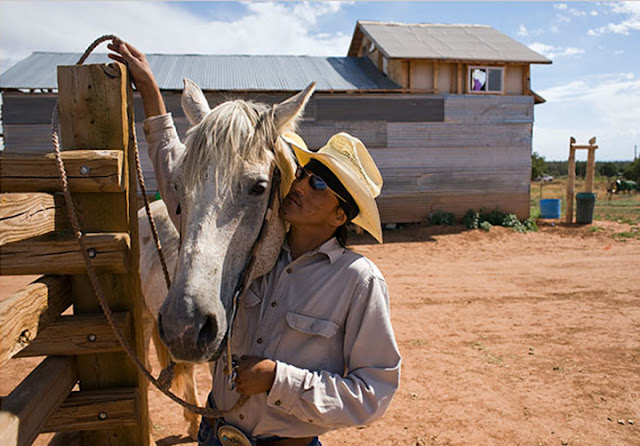 He told us about his grandfathers, Navajo code talkers during World War II, who provided encoded information for Marine units using Navajo words. I asked whether he preferred to be called Navajo or Diné. “I’m very proud to be Diné,” he said thoughtfully. “That’s what we call ourselves — it means ‘the people.’ ”
Email Post