The Grandest of Canyons

I first saw the Grand Canyon by the light of a winter moon. A handful of the canyon's snow-topped buttes shimmered under its gaze; ethereal and serene, they seemed to float above the darkened canyon floor. Under the moonlight, the Grand Canyon lay mysteriously, almost terrifyingly, still.
Such quietude is typical of the Grand Canyon. Like explorers of old, one can experience the canyon in a more isolated, and even primitive, state if you know when to go. 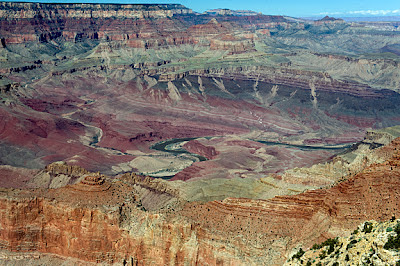 Lipan Point
Above a sweeping curve in the river and with views far downstream to the west, Lipan Point is the most dramatic and easily accessible place from which to view the canyon. It's also a superb spot to watch the sunset. The Unkar Delta, one of the park's archaeologically richest areas, is visible directly below the overlook. 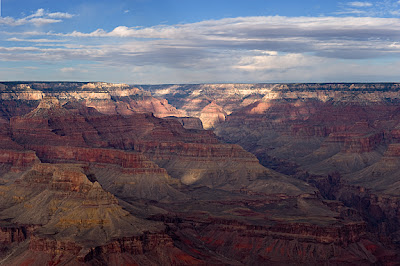 The adjectives "awesome" and "breathtaking" are much over-used today, but gazing out over the Grand Canyon from the South Rim is so awe-inspiring that it honestly took my breath away. 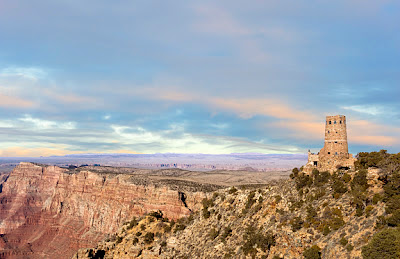 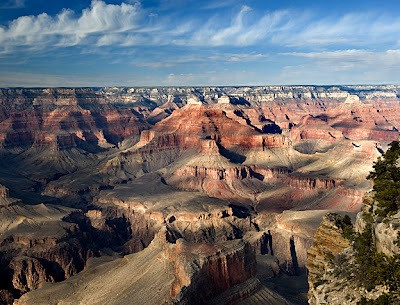 Upon emergence into the Fourth World, the Hopi ancestors entered into a spiritual pact to become to become stewards of the earth. In fulfilling this pact, the Hopi ancestors were instructed to travel to the corners of the land, leaving their “footprints” as evidence of their passing, as they searched for the center of the universe, the Hopi Mesas. These “footprints” are manifest in the form of the archaeological sites, petroglyphs, and other cultural remains that are seen in the Grand Canyon and across the southwest. Clans including Antelope, Flute, Katsina, Lizard, Rattlesnake, Spider, Sun, and Bear, have all called the Grand Canyon home at some point. 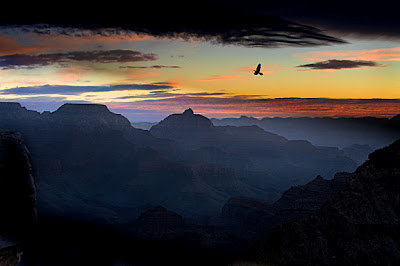 To feel the significance of being a part of a world that has carved such greatness contrasted by feeling so insignificantly small in comparison was magnificent and humbling all rolled in to one. Don't miss this experience.