Little is known about the earliest inhabitants of Bryce Canyon, although archaeologists believe Paleo-Indians hunted about 10,000-15,000 years ago in the region of modern-day Bryce Canyon National Park. Artifacts have been unearthed south of Bryce Canyon from the Anasazi Basketmaker period around 700 A.D., as well as traces of Ancestral Puebloans and the Fremont People who likely searched the area for firewood and game animals. Paiute Indians also inhabited the area as hunters and gatherers beginning around 1200 A.D., staying for several hundred years. 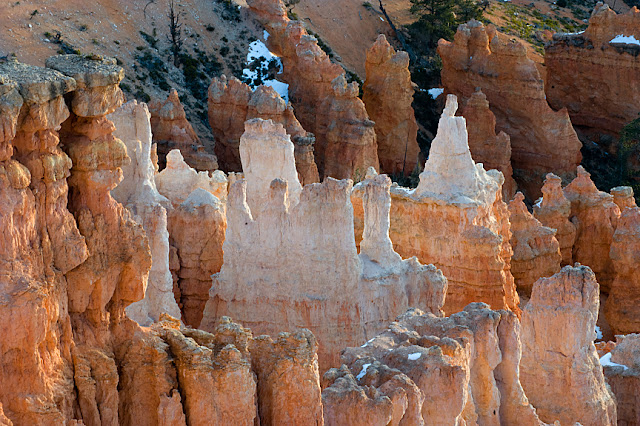 In season this area draws thousands of tourists but Bryce is pretty remote - 250 miles or more from either Las Vegas or Salt Lake City. So what's the draw?
"They all come for one thing - to see these spectacular rock formations call hoodoos," Ranger Jan Stock said. Just like me. Nowhere else can you find so many curious ... mystical ... otherworldly ... just how do you describe these things? 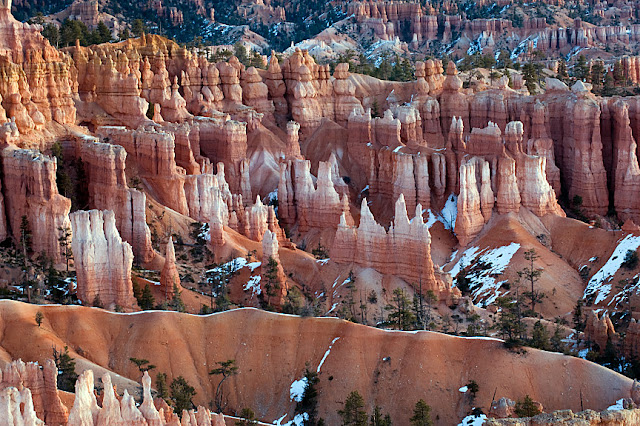 60 million years ago, this area was covered by an enormous lake. as the climate dried, smaller lakes appeared. Streams ran across, depositing sand and gravel. Over eons, the once-huge lake became completely filled with sediments ... that compressed and hardened into rock. Then 16 million years ago, the Colorado plateau dramatically rose ... uplifted by geologic forces ... ripping apart the land and breaking it into masses of rock. The rushing of the Paria river and the relentless forces of erosion transformed the rock into the hoodoos we see today. But Bryce canyon isn't really a canyon ... it's an amphitheater, carved out of the surrounding plateau ... which still bears its Paiute name: "paunsagunt". 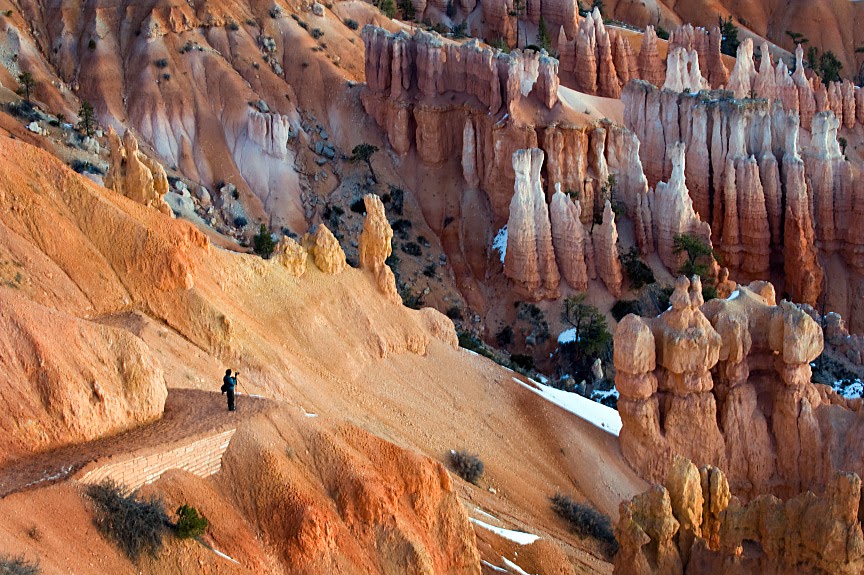 The Paiute Indians who once lived here their own explanation. As told by Stock, the Paiutes said the hoodoos were the remains of the Legend People, creatures who could turn themselves from one shape to another. 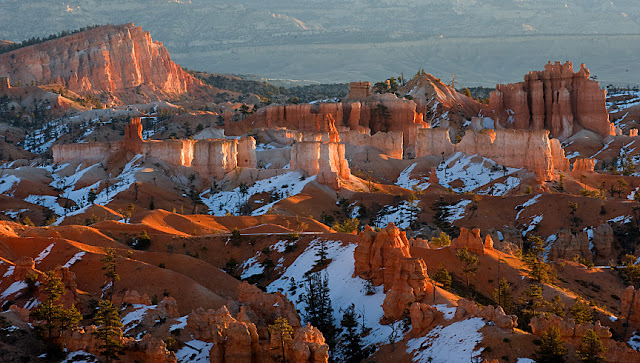 “Before there were any Indians, the Legend People… lived in that place. There were many of them. They were of many kinds — birds, animals, lizards, and such things — but they looked like people…. For some reason the Legend People in that place were bad…. Because they were bad, Coyote turned them all into rocks. You can see them in that place now, all turned into rocks; some standing in rows, some sitting down, some holding onto others. You can see their faces, with paint on them just as they were before they became rocks. 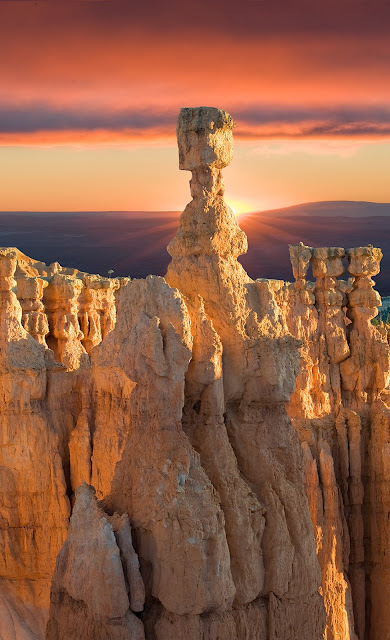 Hikers from all over the world make the trip to Bryce. Should you go, (and I highly recommend you do) pass Thor’s Hammer, one of the most well known hoodoos in the park. And make sure to stop at the overlook near Silent City, a group of rocks that lives up to the name. The visitor center at Bryce boasts that the Queens Garden/Navajo Loop Trail may be the most beautiful 3 miles in the entire park system, and quite honestly, it’s tough to argue with that claim.