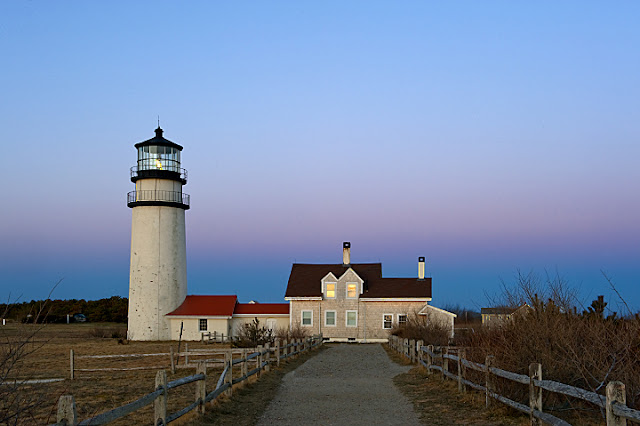 Originally built in 1797, rebuilt in 1853, and replaced in the same location with the current structure in 1857, Cape Cod’s oldest lighthouse is officially named "Cape Cod Light" on the NOAA nautical chart for the region. It sits perched 120 feet above the ocean in the Highlands of Truro. Its beam shines 174 ft. above sea level to give mariners warning of the treacherous sandbars off this shore. 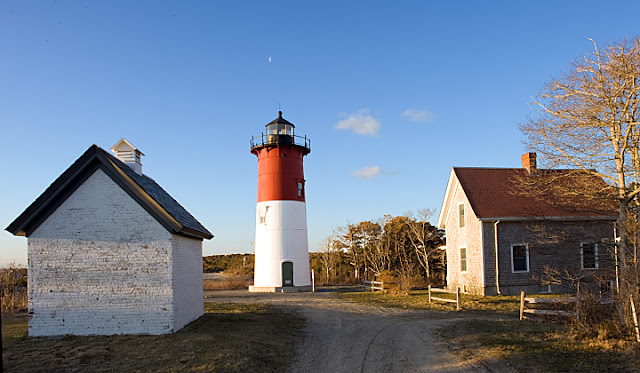 The present Nauset Lighthouse, which is listed on the National Register of Historic Places, is made of cast iron with a brick lining and stands 48 feet high. It was built in 1877, and was located in Chatham as a twin to the one that is there today. In 1923, the smaller wooden lighthouse in Eastham was retired, and the north tower in Chatham was dismantled, moved to Eastham, and reconstructed about 200 feet from the edge of the cliff near the relocated keeper's house. In the 1940s, Nauset Light was painted red and white as a daytime indicator of the red and white beacon. 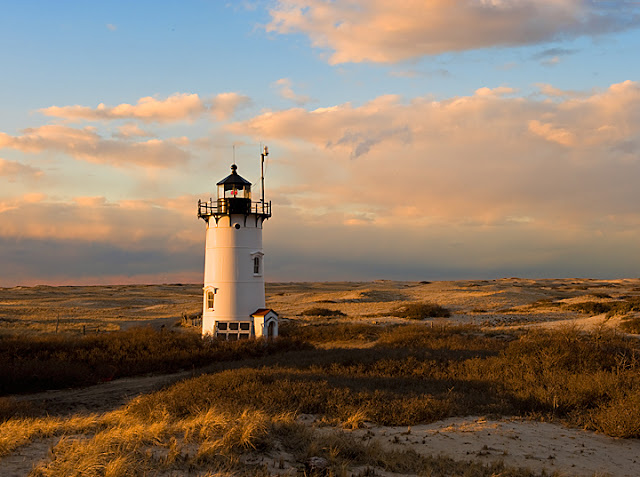 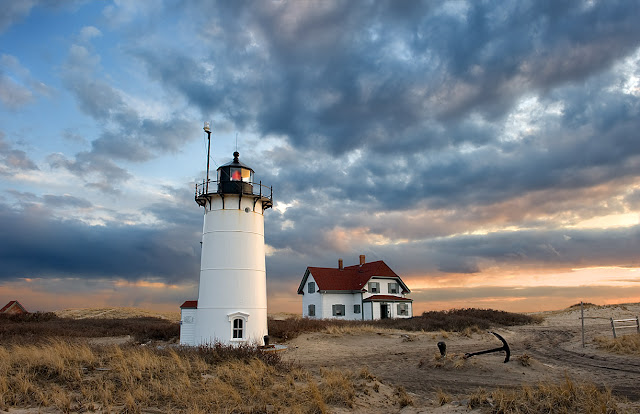 Race Point Light is located approximately 2.5 miles from the heart of Provincetown, at the northwestern tip of the Cape. Established to safely guide mariners past the treacherous shoals and strong cross current at the northern tip of Cape Cod, the original Race Point Light Station was first illuminated on November 5, 1816. The light atop the rubble stone tower shone 25 feet above sea level and it was one of the earliest revolving optics, which helped distinguish it from other lighthouses on Cape Cod.

A selection of James's favorite images are available as Limited Editions of a 250 print series in each size. Each print is numbered and signed by James.