A Presence In The Ruins

We see her the moment we enter the Kiva. She appears to be chanting or praying, perhaps communing with the vanished tribes. Not wanting to intrude, I retreat. Entering a place like this was like entering a cathedral. The ancient ones would probably pause before going in, to be in the right frame of mind and prepare for protection and respect. This would also allow them to leave with an uplifted feeling of what Mother Nature has to offer, and to be in harmony with something greater than themselves. It was, and is, a spiritual experience.


The desolate and windswept site of Kin Klizhin in Chaco Canyon, the granaries of Cedar Mesa, and the incredible splendor of Canyon de Chelley. They are crown jewels among the thousands of ancestral puebloan sites in the Four Corners area.


The craftsmanship of the ancient stonemasons who built these places, and the engineers, without their computers, who designed them, fires my respect. Where did the Ancient Ones' gain their knowledge of astronomy that allowed them to aligned windows and petroglyphs with the solstices and equinoxes? A sort of cosmological timepiece.


Did the Bronze Age people make petroglyphs to contact the    underworld? Did they think their carvings of animals would help them in hunts? Or were they marking what they saw? 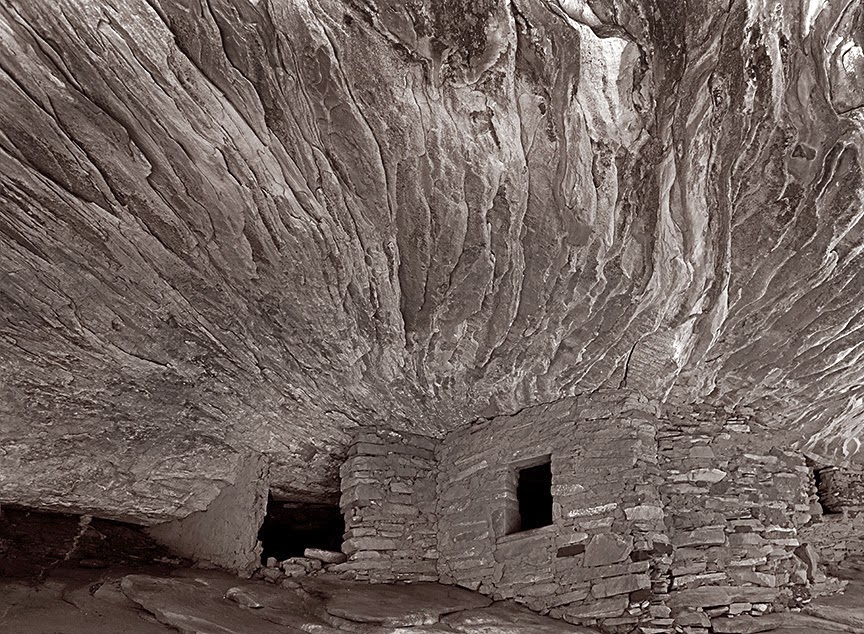 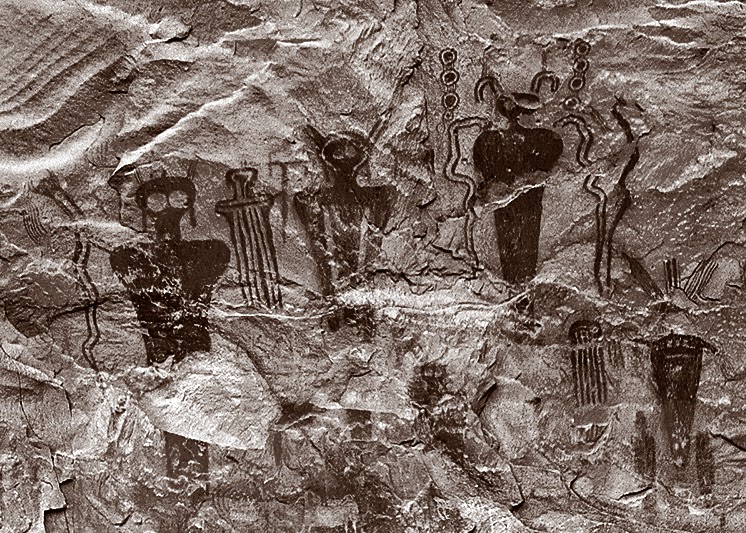 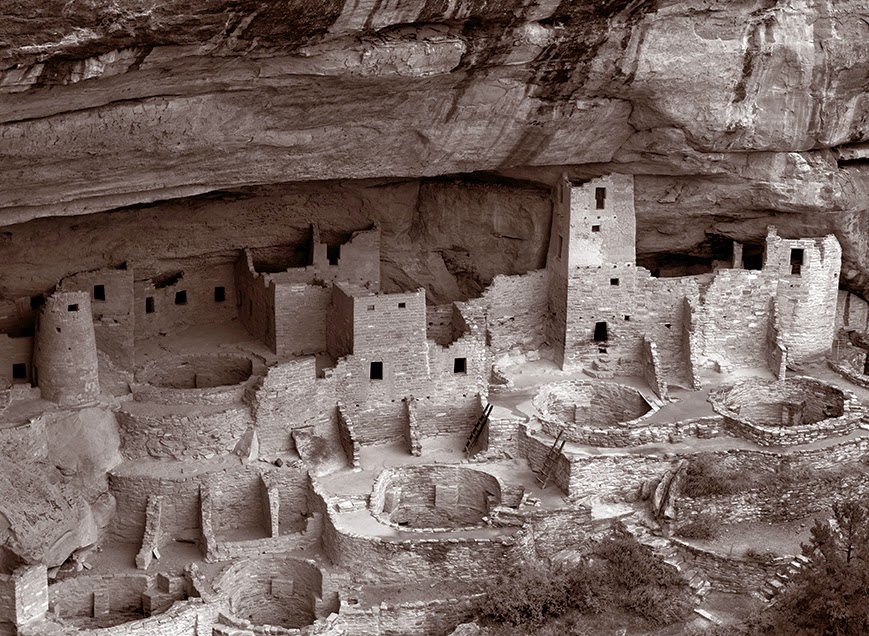 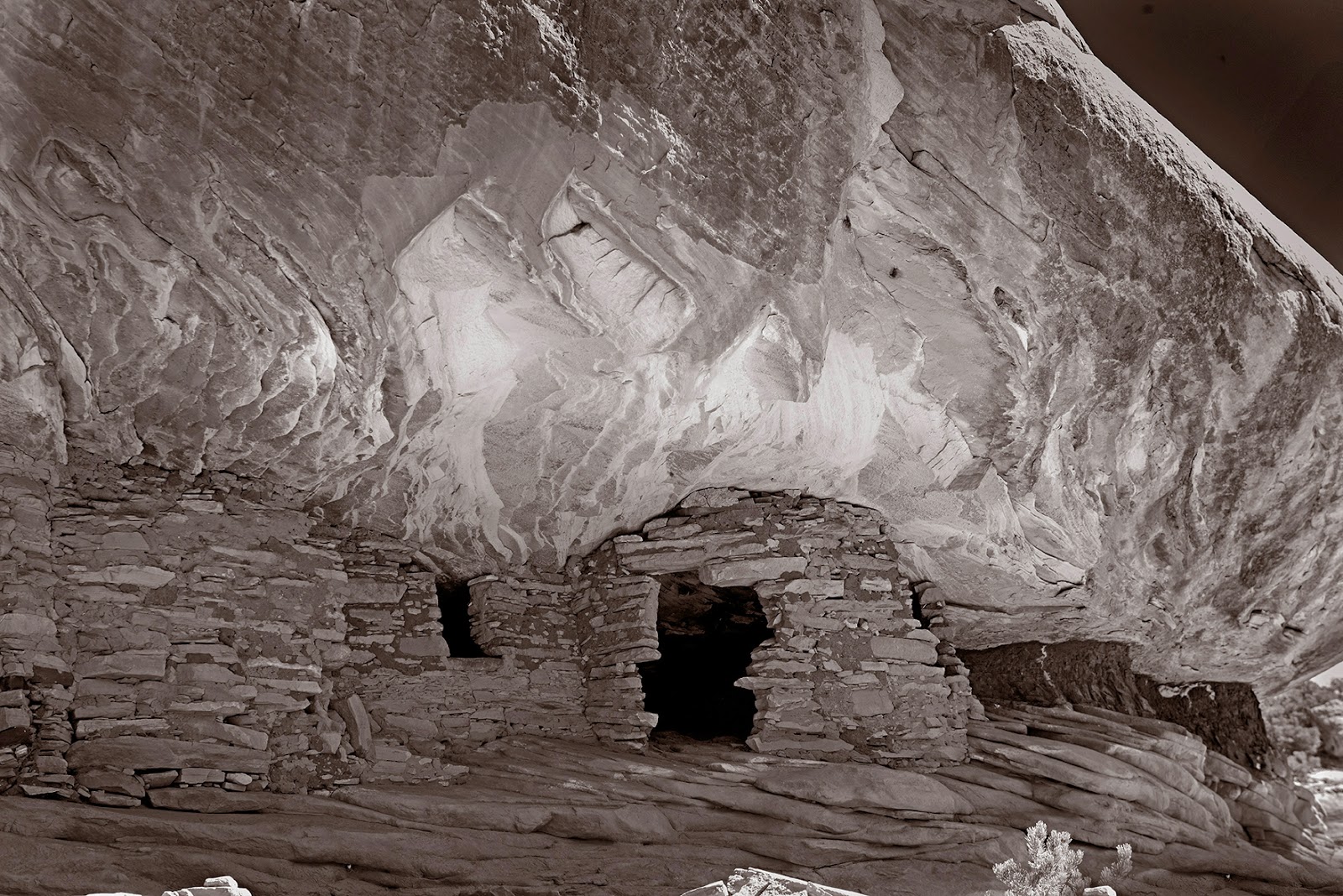 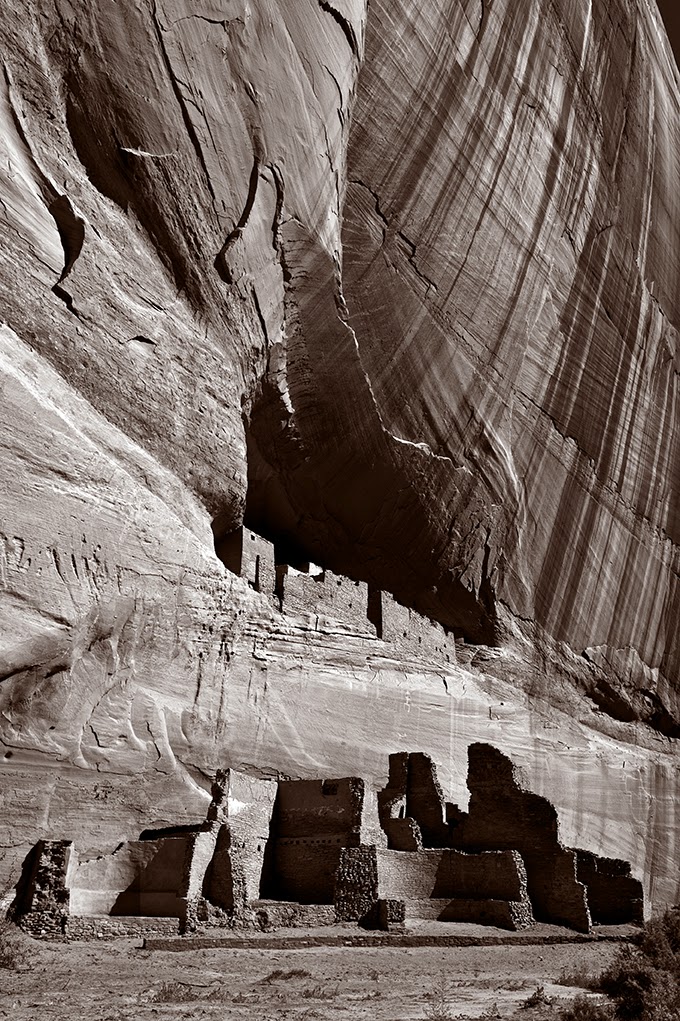 In the solitude I sensed a presence in the ruins, a single coyote wails soulfully from a butte in the east. From the west comes another, as if to answer. They join voices in harmony. Miles away, another answering chorus, an now it seemed like the whole landscape was echoing a haunting, complex song. ``You will never find their secret,'' the song seems to say. ``Seek it reverently.''