Bridges to the Past

The Covered Bridges of Chester County

Chester County is bordered by tiers of gently rolling hills and winding roads. And some of those roads lead to covered bridges. I am particularly drawn to covered bridges, whose wooden floors once rattled under the weight of horse-drawn wagons and buggies. They are colorful pieces of Americana that also constitute a romantic chapter in the Brandywine valley’s past. For over 200 years these unique architectural landmark’s have graced the countryside

Here are four covered bridges that you should know about: 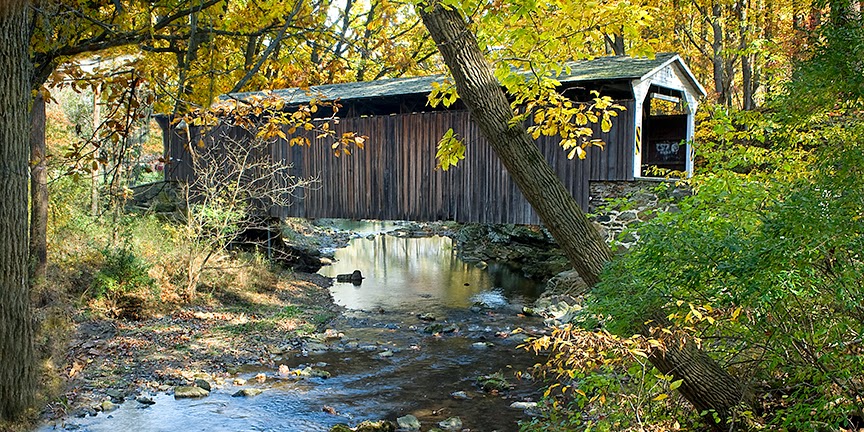 Glen Hope is located only ½ mile from the Maryland –Pennsylvania boarder (the Mason-Dixon Line). Glen Hope was built in 1889 and spans the Little Elk Creek. 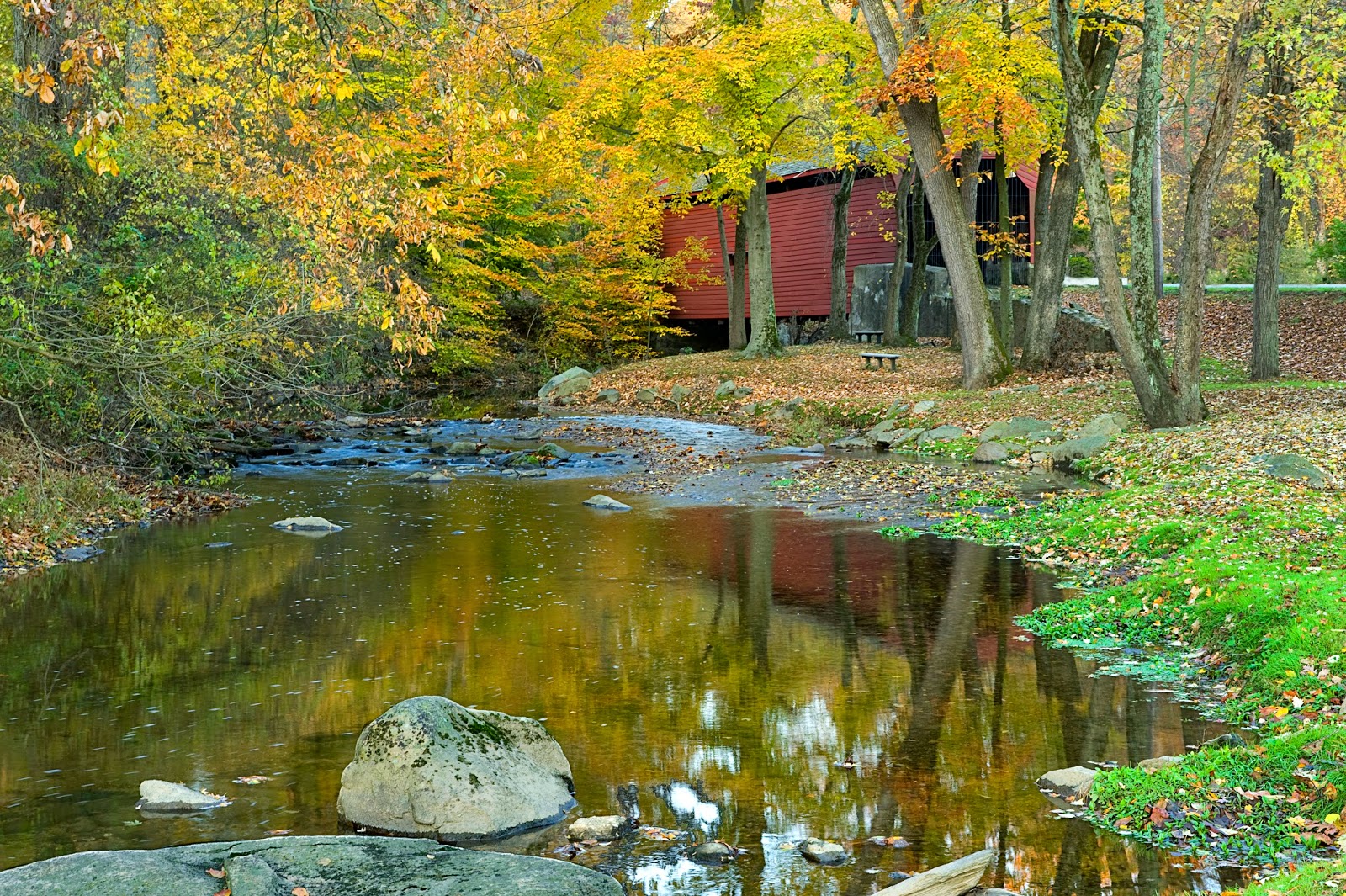 The Bartram Covered Bridge spans the county line between Delaware and Chester Counties over Crum Creek.  Built in 1860 by Ferdinand Wood, who designed the portals to be “Hi and Wide as a Load of Hay,” the bridge is 80 feet long by 13 feet wide.  At one time, the words “LINCOLN, Save Union and Congress” were still visibly painted inside the bridge. The last traces of this old graffiti from 1860 are believed to have been lost during the last restoration of the bridge in 1995. 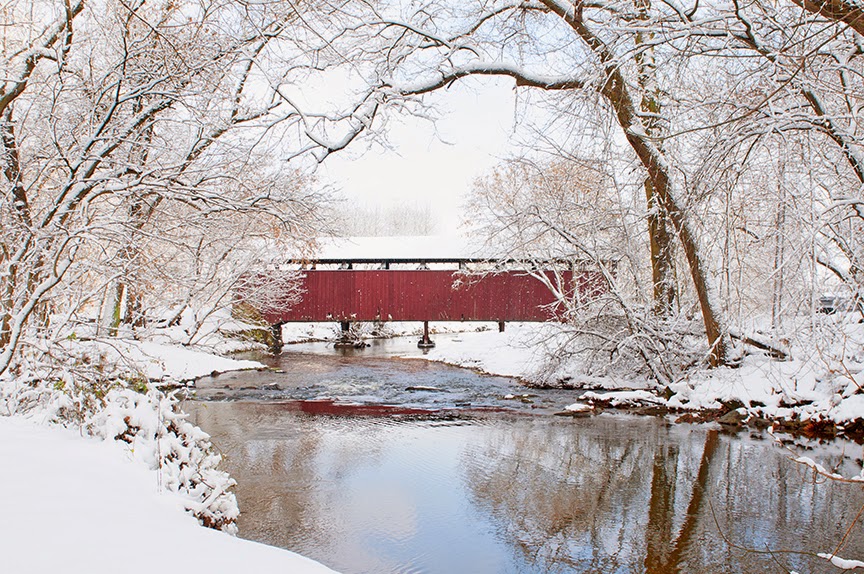 Speakman’s Bridge connects the townships of East and West Marlborough, spanning Buck Run roughly 1.5 miles upstream from the Mary Ann Pyle Bridge built at the same time in 1881. Speakman’s is named after Jonathan Speakman, who converted a pre-Civil War-era paper mill into a gristmill. 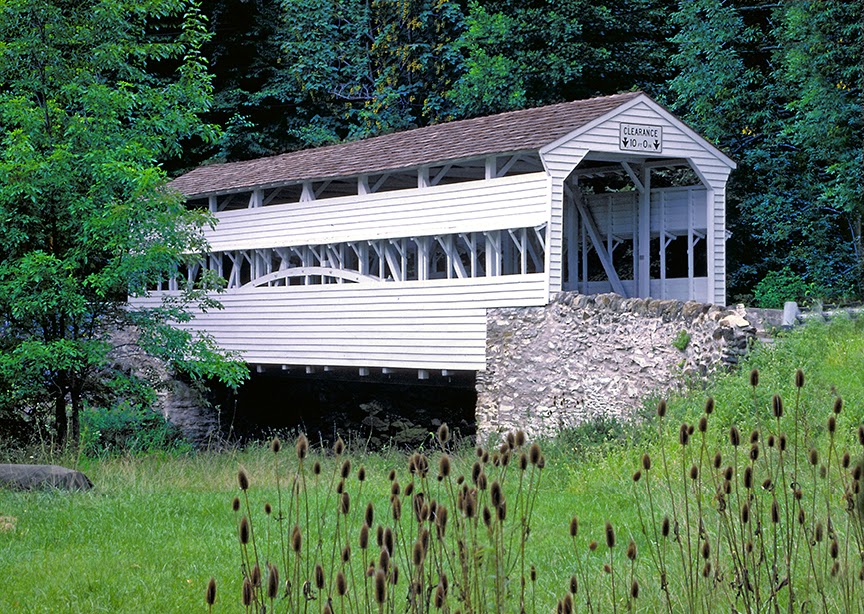 
Originally built in 1851 this bridge was made of white pine, light in weight and resistant to worms and weather. Like other covered bridges, it was covered for protection from the weather, to keep off the rain, snow and sun.

If you have never driven or walked across an old covered bridge, enjoy a tour through the countryside where one stands. Take a long look. With the changing colors of fall approaching, the bridges of Chester County are worth a trip.
Email Post