SALUTING AND REMEMBERING THE BRAVE

The memorial's appearance is starkly dramatic. A pair of black polished granite walls, devoid of everything but rows of names of the 58,196 American men and women who died in Vietnam. The walls meet to form a V, its arms embracing a piece of ground to create a boundary that separates the living from the dead. 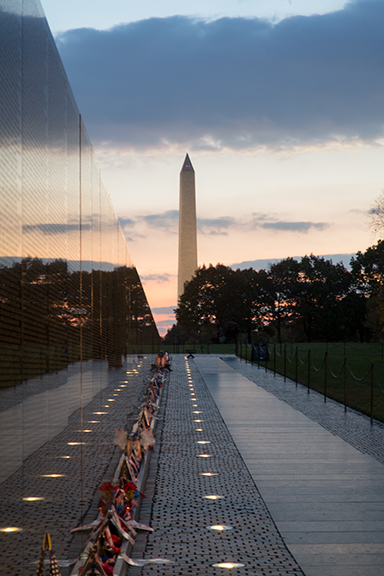 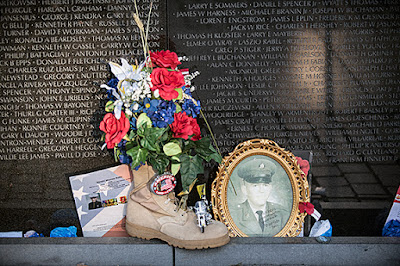 "People make pilgrimages - which is what people do at the Vietnam Veterans Memorial - to be transformed intellectually and spiritually at a place of power, the kinds of things people do there are acts of commemoration - touching the names, leaving flowers, photos, flags. Those are the things people do in sacred places." Edward Linenthal, - professor of religion and American culture. 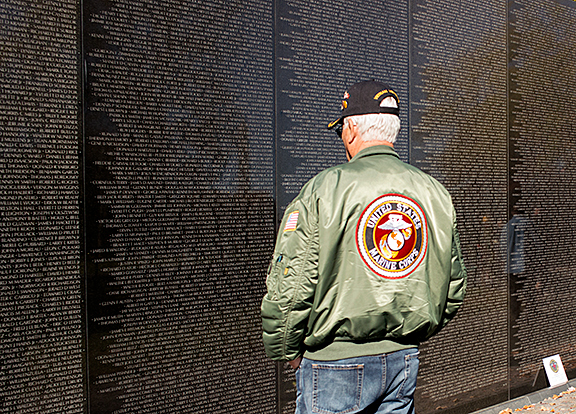 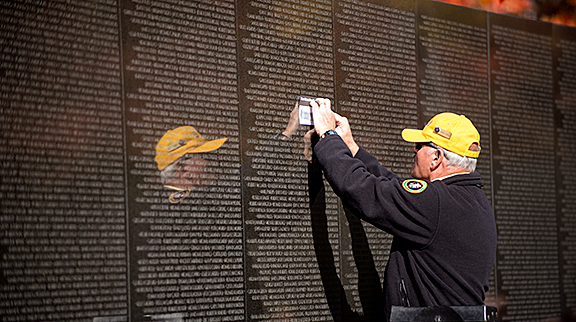 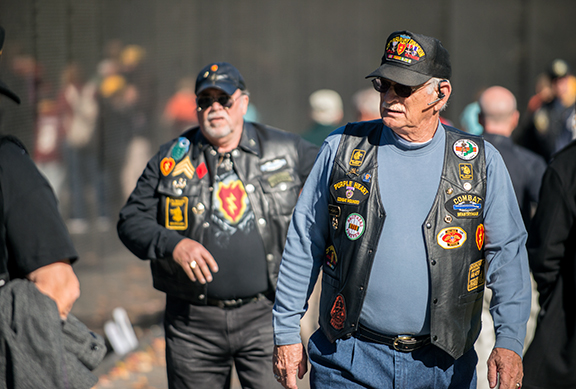 As you approach The Wall the mood of the place is sacred. Mourners cry. Visitors move slowly and speak in hushed tones. Objects placed at the memorial include bouquets, poems, photographs and metal bracelets engraved with the names of prisoners of war.  To stand here and see all those names is  humbling in it's realization of the amount of lives that were lost. So many names of so many Americans whose memory is immortalized in that marble wall. 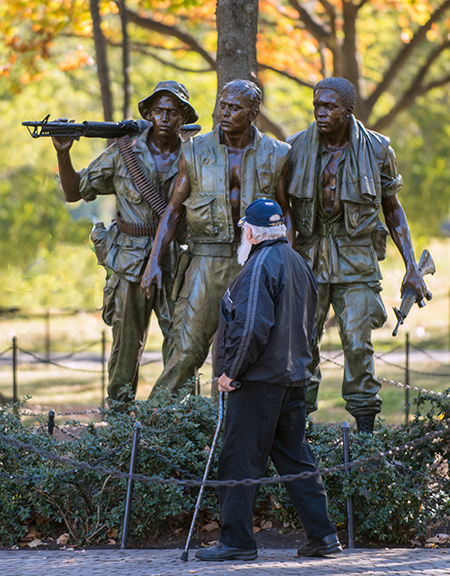 They are the men who served in Vietnam – Never Forget.