A Different Kind of Italy

We landed at the Venice airport, rented a car and drove north. The drive was pleasant enough but all of a sudden somewhere past Belluno there were mountains and houses clustered around farm lands. Men with scythes were cutting hay in the meadows, and churches with ancient spires led into dark forests. And the mountains, the great Alps, all climbing towards the skies. 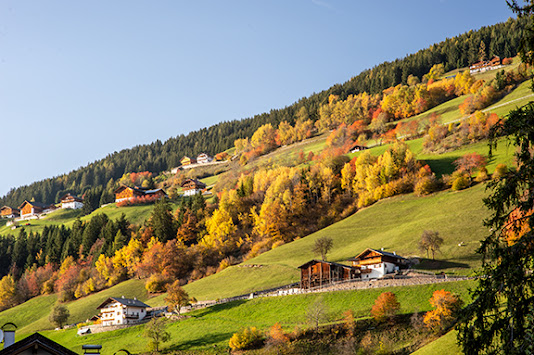 In a wood-lined bar in the small town of Dobbiaco, the fellow next to me greeted me with ‘Guten Tag’ and ordered a strudel with his coffee. Both German and Italian are spoken here as well as Ladin the romance language of the Dolomites, the mother tongue for more than 20,000 people. The Ladin people in the Dolomite region distinguish themselves from their neighbors not only through their own language  but also through a culture which has grown for centuries and has its roots in farming. The Ladins cherish and protect the strong and yet fragile mountain nature that surrounds them. Ladinia's architecture represents the harmonious bond between people and the countryside. 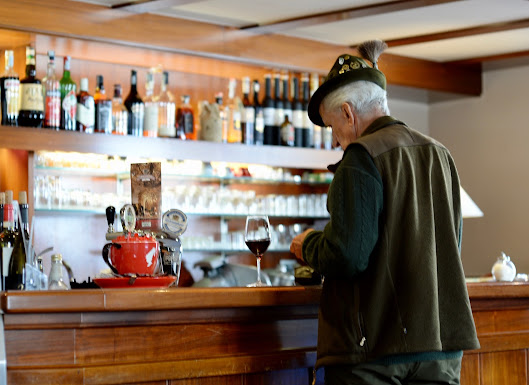 All the time I was here I could not take my eyes off of the Dolomites. They are among the most beautiful peaks in the world. Tre Cime di Lavaredo and the rest of the Sexten Dolomites, the Cristallo and Sassolungo group are among the most beautiful mountain peaks in the world. UNESCO has declared them a World Heritage Site. This is where we would spend the next ten days.
The next morning we drove to Santa Magdalena, a picturesque medieval church with the Dolomites towering above the surrounding valley. The whole thing was strangely familiar. I wondered where I had seen this before. And then I realized. These were the mountains of a storybook. This was a landscape where tales unfold. 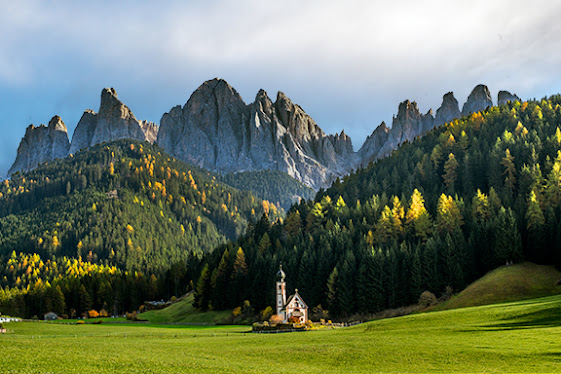 Towards evening we drove to San Pietro to dine at Pitzock, a restaurant owned by Ingrid and Oskar Messner, farmer, cheese-maker, gardener, storyteller and chef. This restaurant was one of the best dinners we ever had. From the polite and courteous waitress who took our order to the owner/chef who not only brought the food to our table he told us in detail what farm the food came from. Pitzock in the Funes region of Italy has set a high standard for what the neighborhood restaurant can be, with incredible lamb dishes and fish so flavorful I found myself eating much more slowly than usual to appreciate every bite. The commitment to their relationships with local farmers, the well-curated wine and beer list and the deserts to die for makes this the best dining experience in ten days of touring. 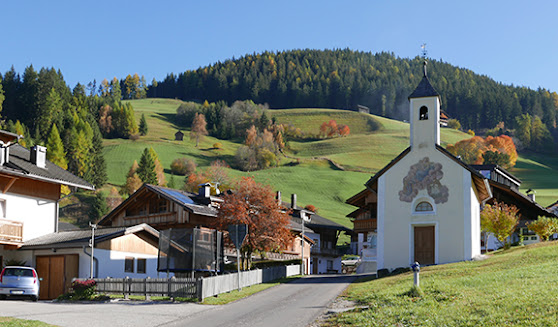 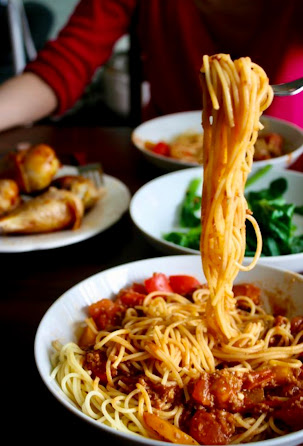 The  following morning after breakfast we drove to Lago Misurina and stopped in to see Giovanni Gianni owner of Lavaredo Sport Misurina. Born in South Tyrol, he is a  climber with an astonishing list of achievements, including climbing on four continents including the summit at  Kilimanjaro, the fourth highest of the seven summits. After some wonderful conversation and more coffee we hiked to the nearby Lake for some photography. It’s impossible to take a bad photograph at Lago Misurino. 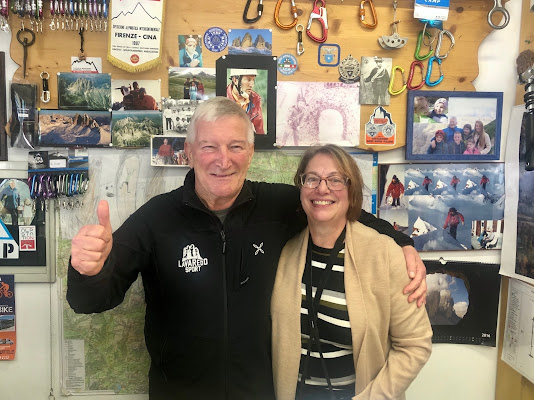 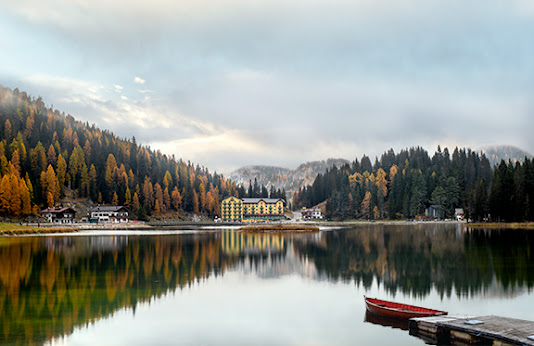 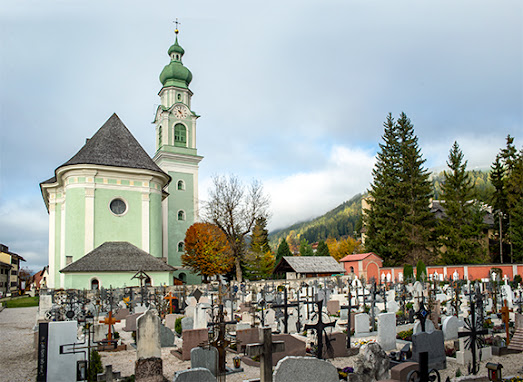 Starting out in the evening of our fourth day we went to Lago di Braies and the whole area has turned lavishly beautiful. The autumn sun lit the mountain range and the forest below with an impossible, mythic radiance and transformed the back roads into light-muddled paths leading toward the lake. 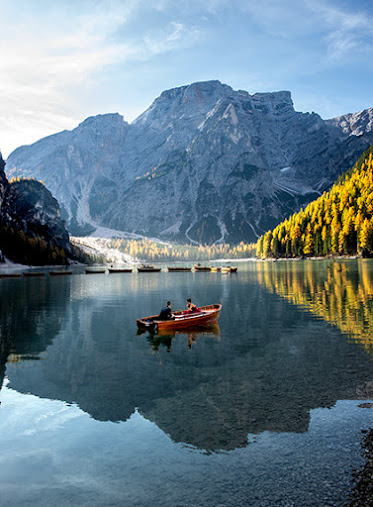 Afterwards we returned to the peace and the stillness of the forest where you can pause and listen to wind and silence.
Finally It's time to hike Tres Cimi! We follow the hairpin bends up on the mountain, leave the car in the parking lot and begin our hike around the peaks. There are people on the trail already, but fortunately the further (and higher) we go the crowd soon begins to thin out. 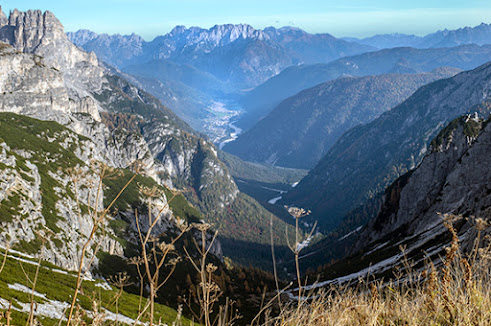 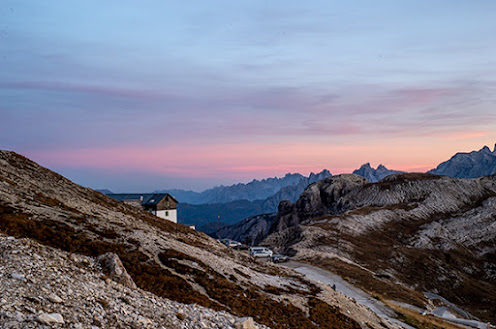 We pass the hiking hut Refugio Lavaredo on our way and soon reach Forcella di Lavaredo, a ridge overlooking The Three Peaks from the side. The view is absolutely incredible! 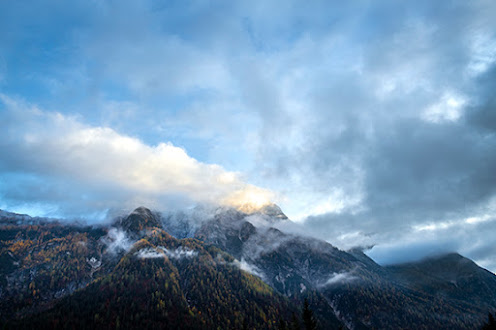 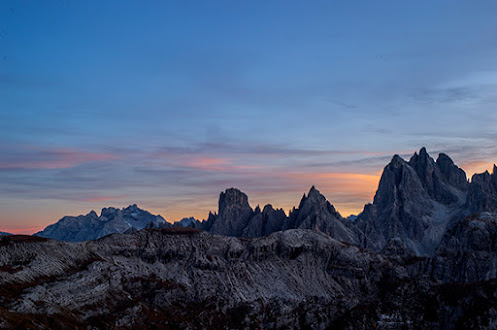 Thinking back on our trip here the phrase “road less traveled” has taken on a metaphorical meaning. Here, the road less traveled offers a more powerful and meaningful experience.
Email Post